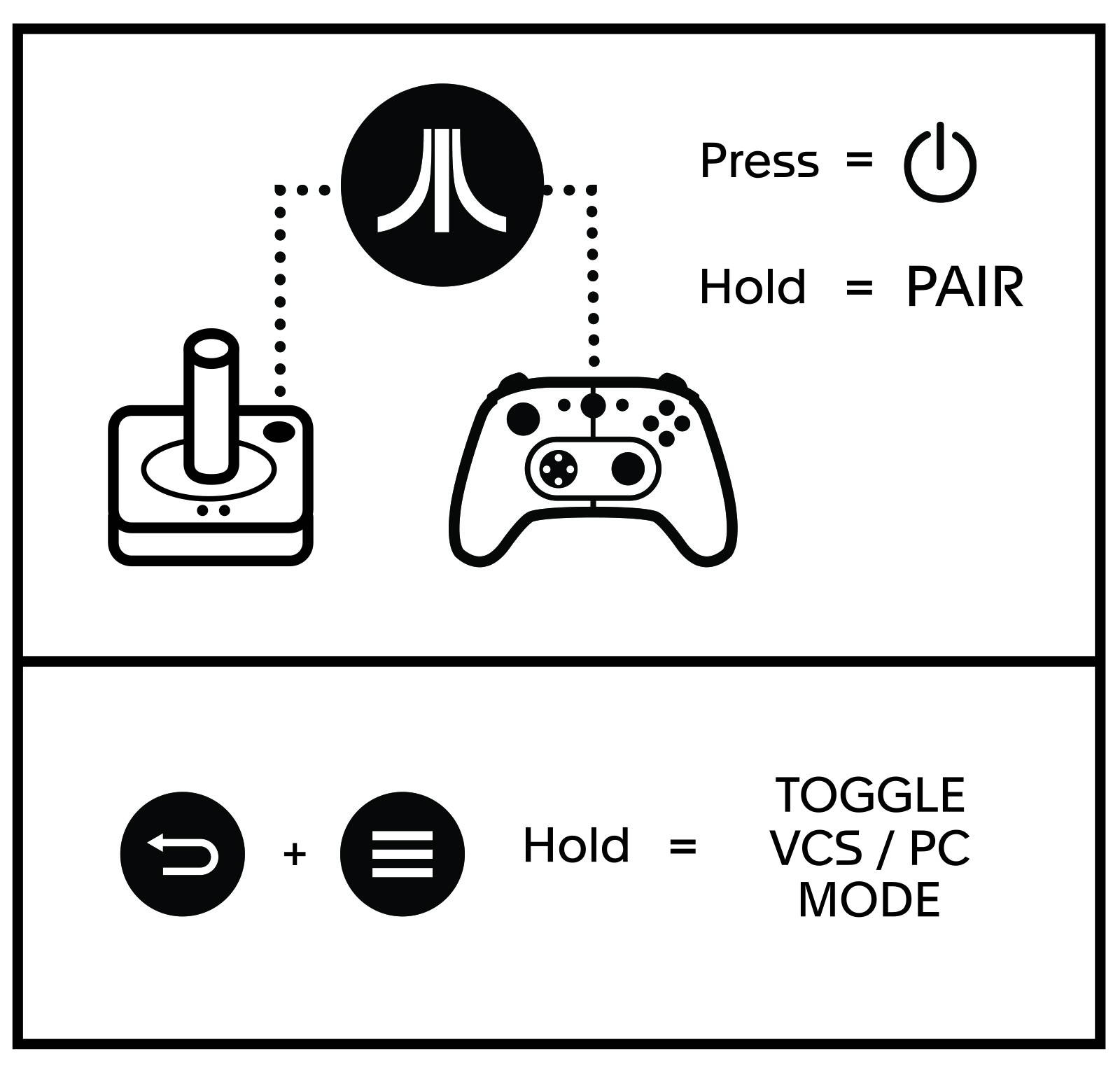 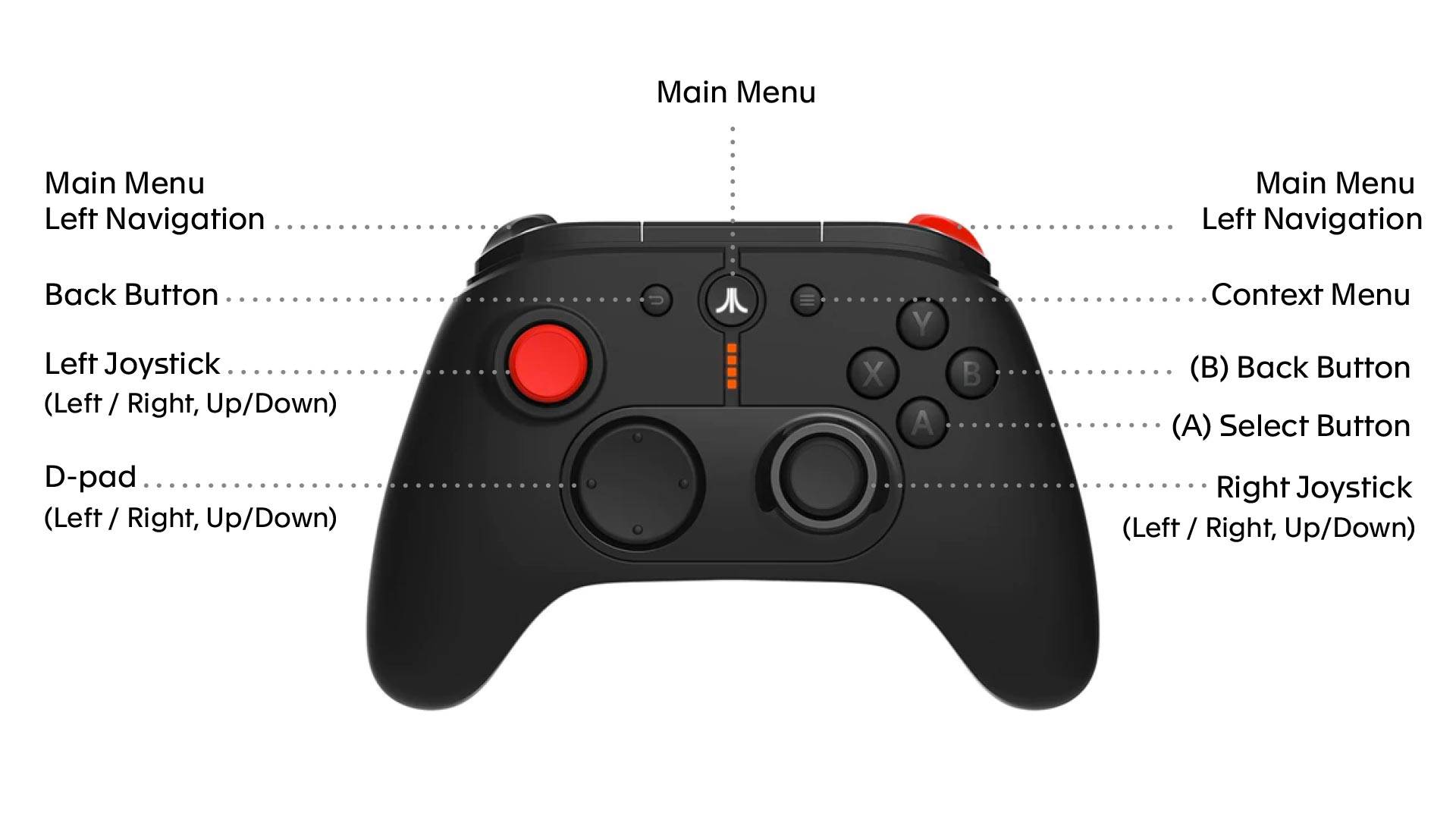 Once a controller is paired, it will auto-connect when next powered on by simply pressing the Atari Fuji logo button. The fuji will flash slowly, and after a few seconds you will see a message at the top of the Atari VCS screen indicating the Joystick is connected. The battery will need to be recharged occasionally by plugging into the USB.

The Atari Fuji logo button in the center of the controller:

COMPATIBILITY
The Atari VCS Wireless Modern Controller is designed to work with the Atari VCS, but is also compatible with most PCs and mobile devices.

To enter PC Mode press and hold the BACK and CONTEXT MENU buttons simultaneously for five seconds. The Atari Fuji logo button will flash on and off until the controller has entered PC Mode.

A message will display at the top of the Atari VCS screen indicating that a PC controller has been connected.

Q1. My Wireless Modern Controller is not pairing.

A1. Confirm that the controller is charged by pressing the Atari Fuji logo button, if the button does not glow, you must connect charge the battery using the USB Play/Charge cable.

A2. Confirm you are following the pairing process listed above.

A3. Update the controller firmware.

Q2. My Wireless Modern Controller is drifting/moving on its own, or is responding inaccurately.

A1. Recalibrate your controller:

FCC STATEMENT
This device complies with Part 15 of the FCC Rules. Operation is subject to the following two conditions: (1) this device may not cause harmful interference, and (2) this device must accept any interference received, including interference that may cause undesired operation.

Warning: Changes or modifications to this unit not expressly approved by the party responsible for compliance could void the user’s authority to operate the equipment.

This Class B digital apparatus complies with Canadian ICES-003.